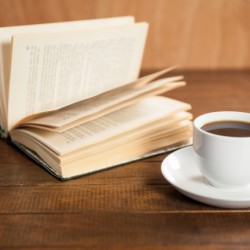 Jin Yong - Legends of the Condor Heroes / A Hero Born 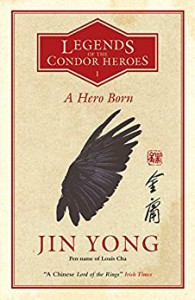 I've been wanting to try out a wuxia novel for a while, so after learning that there was an English translation of "Legend of the Condor Heroes", one of the most renowned and adapted stories of the genre, I picked up a copy.

As pointed out in other reviews, the comparison to "The Lord of the Rings" on the cover is very misleading - "Song of Ice and Fire" is more like it, in that while Tolkien was clearly trying to write high literature with LOTR, as he set out to rewrite a modern epic based on the classic Nordic ones that, as a philologist, he had studied through, Martin seems to have started what turned out as his own magnum opus mostly to have fun, and at most to make a more ambitious tale than the ones that were available when he started writing.

To me it seems that, while some parallels and callbacks are inevitable, Jin Yong didn't set to rewrite "The Romance of Three Kingdoms" with this story (at least from what I can tell from this volume alone), as much as he wanted to create a fun romp, one that stands out for the number of characters, the complexity of their relationships and the level of intrigue, political and not. And it makes for a really enjoyable and fun read, in a not completely mindless blockbuster kind of way.

So if you enjoy martial arts movies or anime where characters casually level mountains as if nothing were, you'll enjoy this novel. I docked a few points because of the translation; the translator is going for some old style pulp novel narration here, and while at times it works, in other point it makes the action a bit too wordy, and even dull. And the way the names of the characters get translated literally in English can get silly, especially for certain characters that have obviously meaningful names, and take the reader out of the flow.

Aside from that, it's a solid recommandation if you're into it. I'll definitely get the second volume as soon as internet book stores will start delivery to my country again.